Kidswear is packed with character-led clothing from film and TV, to cartoon, comics and gaming, but do we need pink versions for girls and designs with no women for boys? Lead campaigner for Let Clothes Be Clothes, Francesca Cambridge Mallen explains why choice and basic equality are so important.

Spilling into Next, Summer rain hammering down outside, my youngest sprints off into the kids section, eager to hunt out anything Toy Story since we started a marathon of the earlier films. The place isn’t crammed with back-to-school shoppers just yet, and we easily find Woody and Buzz at the back of the store, with a“Boyswear” sign lit up overhead. Regardless of anything I can say to reassure, my daughter just isn't comfortable buying anything marketed as boys, fearing - like many children - the dismissive and negative comments from peers (and adults) that she is wearing something she shouldn't.

(Reena in conversation with the Manchester Evening News)

A few days earlier, I’d spoken to Reena Pau, a parent in a similar position who just wanted to buy her daughter a Toy Story T-Shirt and was told by Staff in her local NEXT to look in the boys section. Reena was appalled that despite the universal appeal of the film, Toy Story merchandise had been genderneered into either girls or boys designs, and started a petition to challenge NEXT. I decided to take a look at what character clothing the high street had to offer; what pop culture brands and character's made the grade, and how were they being sold.

NEXT Boyswear team has gone all out on character t-shirts, pyjamas, wellies and accessories, but despite the global appeal of the source media (be it a successful film, cartoon or game) the only designs deemed suitable for girls are a.) female characters and b.) all pink. Likewise for boys, the options will universally by a.) male characters (often with lead female characters erased), and b.) darker colours - but, often with the added benefit of representing the look and feel of the original film, cartoon or game.

"Star Wars for boys, unicorns for girls, sugary pink versus sludgy greys. We urge Next to start designing for children, and stop marketing sexist and limiting ideas at children."

(My quote for the Manchester Evening News)

Here's a run through of all the character clothing on sale in NEXT Boyswear:

Only three of these characters (Playstation, Spiderman and Batgirl - which I've tentatively grouped with Batman) made it into Girlswear - and each one is pink. No Lego for girls, no Star Wars, no Minecraft or Pokemon, not even Mickey Mouse - the most recognisable Disney character of them all. Likewise, for boys who like Shimmer and Shine, LOL, Disney Princesses or Minnie Mouse, these are all clearly marketed as a no-go zone. When did Mickey and Minnie become so divided?

What I found at NEXT was repeated at all the other major retailers, with M&S and the big supermarkets following close behind on sheer volume of character led designs. For those shopping in John Lewis I found not one character led design in their girlswear section (absolutely zero), yet they have a Character Shop - small though it is, on the homepage for boyswear. It has eight items, and looks like this:

Girls are not only missing out on clothing that shouts Star Wars, Marvel and Lego, but both boys and girl are being failed by a basic lack of equal representation. Unfortunately, when great female lead characters have emerged in popular culture they are either ignored, sold to girls/women only OR perhaps worse still, physically altered and designed around a very clear set of gender stereotypes. A great example of this is the lead and hero of Disney’s Brave, Princess Merida.

Merida from Brave: The film versus merchandise

She is sharp, smart, skilled and well, brave. At the time of the film's release the merchandising of a slimmed down, and pouty Merida caused uproar, but 6 years on and the t-shirts available (pitched only to girls) are ironically as fitted as the oppressive dress our heroine tears out of in the film.

Likewise, Spiderman is another example of designers looking directly to gender stereotypes, rather than the source material. The fact there are now Spiderman T-Shirts pitched to girls at all, IS a triumph in many ways - after years of female fans being ignored - but does it have to be pink? I’m just not seeing or feeling it. When you think Spiderman, is he chomping down on a big pink cupcake, is he shooting out pink webs? (Both NEXT) 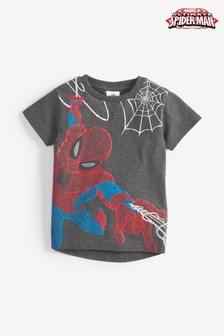 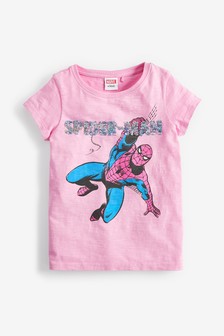 Just 24% of film protagonists are female, and based on a study of 6000 children’s books, only 31% had central characters who were female. We have a problem with not just representation of women in children’s media, but visibility in their material culture too.

It wasn’t hard to see why so many were appalled that a giant Rey shaped hole appeared in the merchandising for the new Star Wars trilogy - the lead was conspicuously missing, from collectable figures to Hasbro’s Force Awakens edition Monopoly. Likewise, where is General Leia, Vice Admiral Holdo, Rose Tico or Jyn Erso?

Batman and Avengers t-shirts have not abated from high street stores long after the cinemas have cleared the DC Marvel popcorn, but iconic female characters like Gomorrah, Black Widow, Captain Marvel and Wonder Woman have, for the most part, come and gone like a frozen slushy on a hot day. Black Panther also seems to have leapt off the high street in a hurry, but I did find some great t-shirts on Amazon, featuring girls and boys in T-Shirts that included male and female characters (who doesn’t love Shuri?) and in designs indicative of the films look and film. Sadly I found nothing similar on the high street. Representation matters, and again it feels like the high street big names have missed a trick. Imagine for a second that out of the top 120 animated films released between 2007 and 2018, only three films depicted a female of colour as the protagonist.

Then, there’s Toy Story. Universally loved by children and adults since 1995 when Woody, Buzz and Co went to infinity and beyond and into our lives. Described by film critics as “just perfect” from its outset, retailers have been quick in recent months to take advantage of the hype around film number 4. Brands have been cashing in on the films nostalgia and you’d be hard-pressed not to spot Disney’s marketing machine in action, from limited edition food packaging to woody appearing in car adverts. Then there’s children’s clothes, where you’d expect to see all the beloved characters emblazoned on T-Shirts in full Disney Pixar colour palette glory, right? 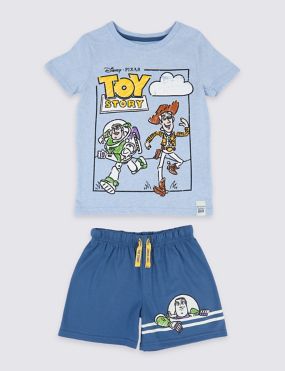 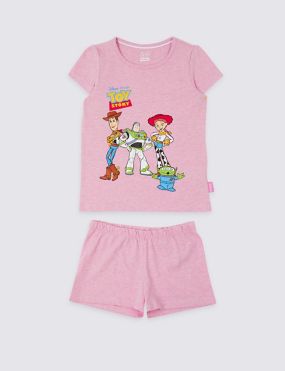 Marvel, Disney Pixar and DC are all entertainment powerhouses with universal appeal, they are the modern day myth makers, story-tellers par excellence, which is why parents are understandably angry at the patronising gender stereotyping used by designers and encouraged by the girlswear or boyswear sections used on the high street. Targeted marketing of this kind is both unnecessary, irresponsible and actively encourages childhood gender inequality, with repercussions that last well into adulthood.

Do we need two separate designs, one for girls and one for boys? Children are of a similar size and shape up until puberty, with nearly all retailers (including NEXT and M&S) using identical measurement in their sizing guides, so unlike adults, the clothes needn't be cut any different. There is also no conclusive evidence to suggest there is such a thing as a male and female brain, differences determined by neuroscience are negligible with environment playing a much larger part on how are minds develop. In the words of Neuroscientist Gina Rippon, "A gendered world creates a gendered brain." 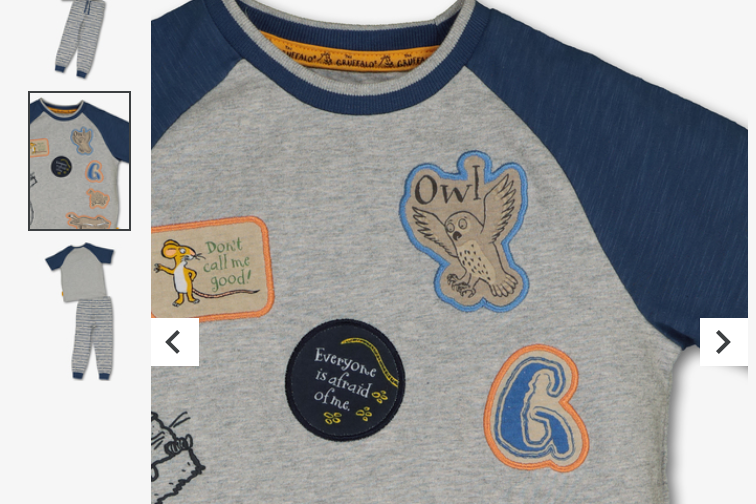 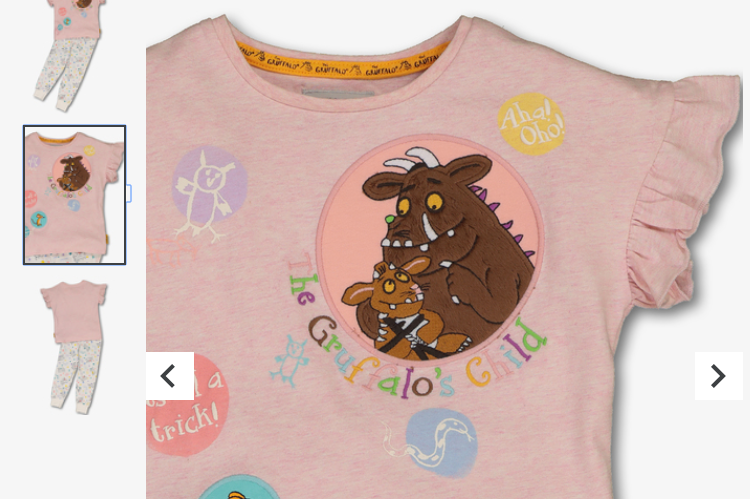 The Guffalo (Boys) and Gruffalo's Child (Girls) by TU at Sainsbury

One of the best and most complained about examples of this inequality is Paw Patrol, and a frequent bug bear of our supporters who are constantly asking #wheresskye? Aimed at pre-schoolers, Paw Patrol - once described by a Guardian journalist as "the megalomaniacal kid's TV show that's ruining my life" features six pups who do good in their associated mode of transport, one of which is female - Skye, in pink with helicopter (who was later joined by Everest, a snow-mobile driving husky.) Despite being drawn in a primary palette with a number of different dogs of species and sex, the merchandise has focused on Chase, Marshall and Rubble for boys, and just Skye for girls - confusing the hell out of its hardcore toddler fans. 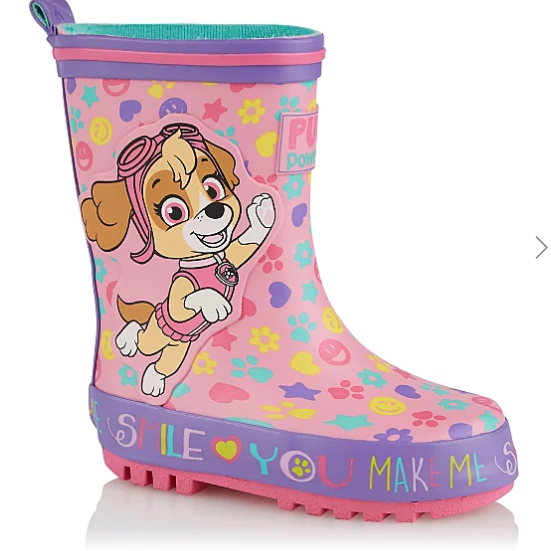 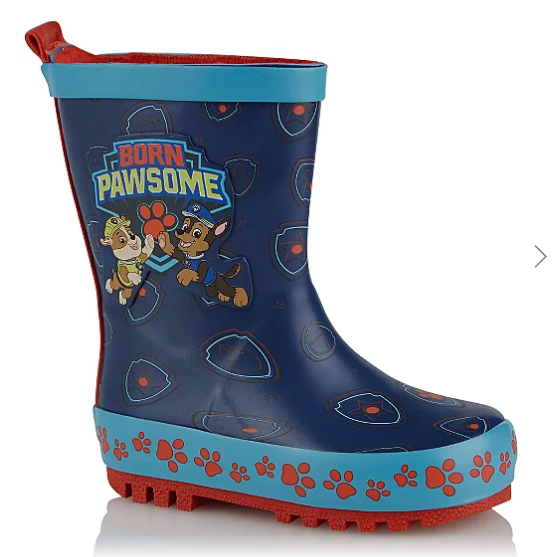 Another more recent example is the Lion King, where Nala has easily made the grade for girlswear, but not a peep of a roar in boyswear. 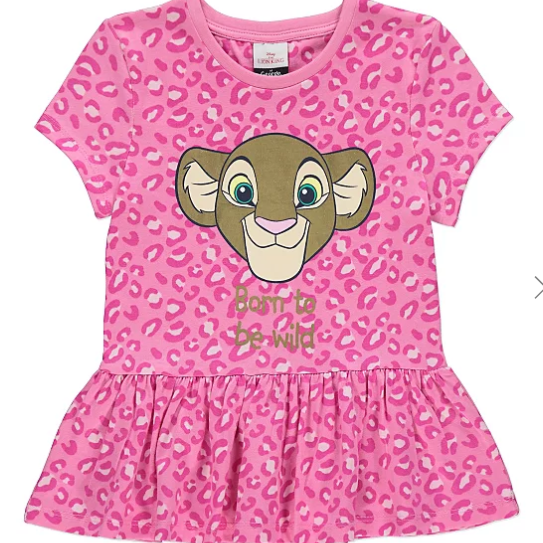 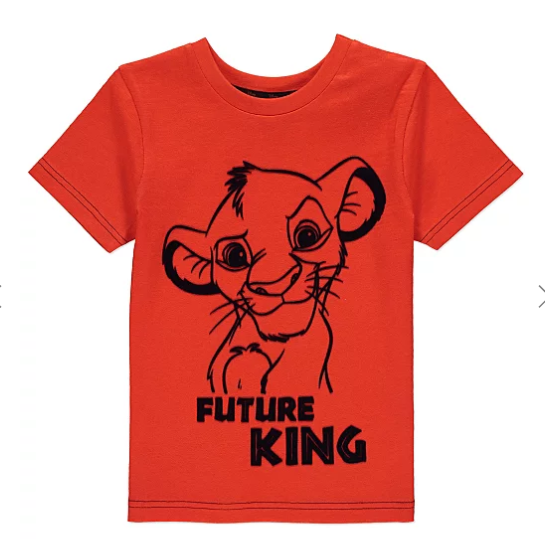 Or The Simpsons, note the pink tax in action here.

Oh boy, Mickey and Minnie Mouse (who in recent years is getting more and more pink - check out her title page), are also clearly divided into gendered designs at the Disney Store. No Minnie for boys, no Mickey for girls...

“This isn’t a trivial issue about who wears pink or blue, gender stereotypes are harmful. But the evidence is clear, the wiring in our brains is soft not hard. We can challenge attitudes and change lives, but we must wake up to the harm that gender stereotypes are doing to all of us and the price that we are paying for it.”

There are clearly exceptions to the rule, and things have definitely got better in some respects, for example it is easier now than a few years ago to find Marvel clothes for both girls and boys. Hopefully retailers have also learned from their past mistakes, as Time Magazine notes "outmoded thinking is costing not only society, but also company bankrolls."

This is what Let Clothes Be Clothes would like to see:

Choice. Not a girls design and a boys design, but designs for all children

A character destination should be just that. All stories, films, cartoons and games - for all

Here's what you can do:

Take a stand, and make your thoughts known. As NEXT told Reena: "Though we don’t label individual garments as ‘boys’ or ‘girls’ we are looking at addressing this both online and in store." Which has a positive ring to it.

The Dinosaur on the High Street: An open letter to Marks & Spencers